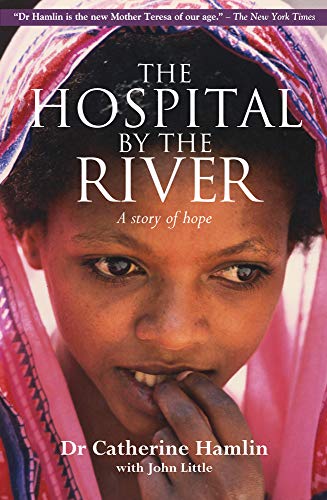 Gynaecologists Catherine and Reg Hamlin left Australia in 1959 on a short contract to establish a midwifery school in Ethiopia. Over 40 years later, Catherine is still there, running one of the most outstanding medical programmes in the world. Through this work thousands of women have been able to resume a normal existence after living as outcasts. The Hamlins, both committed Christians, dedicated their lives to women suffering the catastrophic effects of obstructed labour – a problem easily dealt with in the developed world by assisted delivery or caesarean section, but disastrous without medical intervention. The awful injuries that such labour produces are called fistulae, and until the Hamlins began their work in Ethiopia, fistula sufferers were neglected and forgotten – a vast group of women facing a lifetime of incapacity and degradation. Catherine and Reg have successfully operated on over 20,000 women, and the Addis Ababa Fistula Hospital, the hospital they opened in 1975, has become a major teaching institution for surgeons from all over Ethiopia and the developing world. Since Reg’s death, Catherine has continued their work, and was nominated for the Nobel Peace Prize in 1999. This book is her story. Set against the vivid backdrop of Ethiopia, it is a moving and utterly compelling account of an extraordinary life.

Howtohealthinfo.com is a participant in the Amazon Services LLC Associates Program, an affiliate advertising program designed to provide a means for sites to earn advertising fees by advertising and linking to Amazon.com, Endless.com, MYHABIT.com, SmallParts.com, or AmazonWireless.com. Amazon, the Amazon logo, AmazonSupply, and the AmazonSupply logo are trademarks of Amazon.com, Inc. or its affiliates.